Do my shit undercover now it's time for the blubber,
blabber, to watch that belly get fatter
Fat boy on a diet, don't try it
I'll jack yo' ass like a looter in a riot...

Rappers of Mexican heritage are far and few in between this century. Outside of B-Real’s chorus on Snoop’s “Vato” track and a few minor groups/MCs, the Mexican-American MC is well under represented in the game. On the flip side, I would guess that Hispanic buyers account for a nice chunk of CD sales, show tickets, and the requisite gear and accessories.

The early 90’s saw a few Chicano MCs garner some attention and impressive sales. In honor of Cinco de Mayo, here are a few of SG’s favorites: 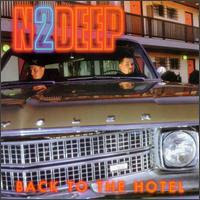 -N2Deep- You couldn’t go anywhere in the Summer of 1992 in Denver or throughout the West without hearing their classic West Coast jam, “Back to the Hotel.” The duo from Vallejo, CA gave us the line “in the back, sipping purple chongos,” causing most of America to ask, “a purple what?” It got the head nods from hardcore Boom Bap heads like myself, Birkenstock wearing Brand New Heavies fans, the gangster wannabees and real criminals, and airhead bimbos (to whom we played the song to unsuccessfully try to get some play.) The noticeable saxophone laden tack was originally from “Darkest Light" by Lafayette Afro Rock Band and was also used by New Jack Swing outfit Wreckx N Effect on their hit “Rumpshaker,” Ice Cube on “Friday,” Heavy D’s hard core jam “You Cant See..” and by Public Enemy on “Show Em Watcha Got.” Unfortunately, other than the title track, I didn’t really vibe to the remainder of the album. They continue to put out music as a group and solo artists to this day. (Purple chongo is vodka and grape Kool-Aid. Order one the next time you’re at you favorite upscale bar.) VIDEO: "Back to the Hotel" 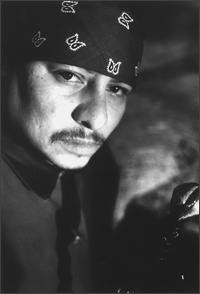 -Kid Frost- If the Chicano Hip Hop scene had a defacto Godfather, it was Kid Frost. His 1990 album, Hispanic Causing Panic featured a level of conscious rap that was all the rage in the late 80’s / early 90’s. He weaved tales of his East LA neighborhood and extolled “La Raza” on the track of the same name, and used original Latin music and instruments and Spanglish narratives throughout the entire album. The East LA culture came through the music: loc sunglasses, lowriders, khaki pants. His next album, 1992’s East Side Story is a bit darker, and Frost continued to drop joints over the next 10 years (he subsequently dropped the “Kid” from his name. The moniker came as a nod to Ice-T, a rapper that he frequented the early 1980’s LA rap scene with.) VIDEO: "La Raza" 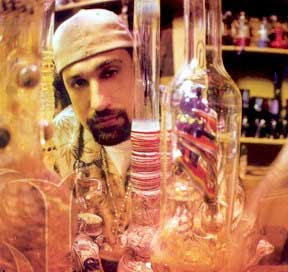 -B-Real- Everyone, and I mean everyone, was a Cypress Hill fan in 1992. I can remember my uptight, mechanical engineering roommate buying their debut. I then took a trip to Hawaii and seeing someone’s dorm room window adorned with “Cyprus Hill” in masking tape, right next to the "Tribe Called Kwest" mask up. That’s when I was like, “danm, these dudes might be on some next shit.” B-Real’s nasal vocals, along with Muggs’ grimy beats were the highlight of their nearly two-year reign as the “it” thing in Hip Hop. B-Real parlayed that into mini celebrity status, appearing on tons of guest tracks (his Beastie’s “So Watcha Want” remix verse is fire), interviews with everyone, movie cameos (Who’s The Man?- the cinematic triumph it was), and even getting to bang Carmen Electra for a minute. Born Louis Freese, he's a fairly articulate and funny cat, straying from the frequent “Im so cool” rapper persona. His mary jane antics and advocacy have made him a legit Hip Hop icon and a viable rap touring group 15 years later. B-Real and Cypress' newer releases have fell out of favor with the hardcore rap crowd, but their early music remains a Golden Age staple. VIDEO: "How I Could Just Kill A Man"
@slushygutter at 9:26 PM
Share